The newly established Bulgarian Outsourcing Association made prognosis for a stable increase in the number of companies that plan to outsource their business to Bulgaria. These companies be registered in Sofia and could come from many spheres of activity. The new association predicted that the increase in the number of companies will be around three times in the next five years. The outsourcing business is considered among the most dynamic industries in the country and currently it employs around 15 000 people in the capital. Their number is expected to triple according to the five year prognosis. The stable political situation, the low taxes and the acceptable wages in the country, the professional skills of the employees, as well as its being part of the European Union, make Bulgaria an attractive destination for the large and stable companies in Western Europe and the United States. These companies will look for business centers with offices of the highest class, which have central and convenient locations and perfect infrastructure, besides offering an impressive range of services and facilities. It is believed that these big companies will later open other offices throughout the country in cities like Varna and Bourgas, Plovdiv and Rousse.

Among the founders of the Bulgarian Outsourcing Association are companies like Coca-Cola Hellenic IT Services, AII Data Processing, Sofica Group, Atos Bulgaria and Bulpros. They believe that if the state and the companies join their forces, this will lead to a stable development of that industry sphere. If the proper activities are arranged and successful policies are followed, then Bulgaria can become one of the top ten destinations for outsourcing. Special attention has to be paid to the professionals who apply for work in these outsourcing companies. Usually, these are people with a lot of knowledge and skills, but they still need training in certain spheres. It is not a secret at all that some of the largest outsourcing companies that are working in Bulgaria are in direct connection with the universities where they look for ambitious students. They try to attract the talented ones and offer them a job before they head to a carrier abroad. There is potential in the rest of the big cities in the country besides Sofia, where there are no such projects and opportunities, but there are still good professionals. The outsourcing industry is in demand for different types of employees – from recent graduates to managers and strictly qualified professionals.

In general, Bulgaria has excellent reputation among the companies in the outsourcing business and it will continue to attract them. The reasons for that are not only the membership of the country in the European Union, but also the tax alleviations and the desire for less bureaucracy. Of course, we should also mention the welcoming atmosphere, the excellent infrastructure and the construction of business centers with prestige location that correspond to the needs and the requirements that are important to the foreign investors. 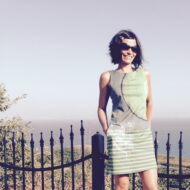 Over 15-year Property expert. Active manager and co-founder at www.SofiaOffices.com. Good work is a matter of attitude towards each client. I'm Mina and I can find the office that suits you best.
We use cookies on our website to give you the most relevant experience by remembering your preferences and repeat visits. By clicking “Accept All”, you consent to the use of ALL the cookies. However, you may visit "Cookie Settings" to provide a controlled consent.
Cookie SettingsAccept All
Manage consent

This website uses cookies to improve your experience while you navigate through the website. Out of these, the cookies that are categorized as necessary are stored on your browser as they are essential for the working of basic functionalities of the website. We also use third-party cookies that help us analyze and understand how you use this website. These cookies will be stored in your browser only with your consent. You also have the option to opt-out of these cookies. But opting out of some of these cookies may affect your browsing experience.
Necessary Always Enabled
Necessary cookies are absolutely essential for the website to function properly. These cookies ensure basic functionalities and security features of the website, anonymously.
Functional
Functional cookies help to perform certain functionalities like sharing the content of the website on social media platforms, collect feedbacks, and other third-party features.
Performance
Performance cookies are used to understand and analyze the key performance indexes of the website which helps in delivering a better user experience for the visitors.
Analytics
Analytical cookies are used to understand how visitors interact with the website. These cookies help provide information on metrics the number of visitors, bounce rate, traffic source, etc.
Advertisement
Advertisement cookies are used to provide visitors with relevant ads and marketing campaigns. These cookies track visitors across websites and collect information to provide customized ads.
Others
Other uncategorized cookies are those that are being analyzed and have not been classified into a category as yet.
SAVE & ACCEPT